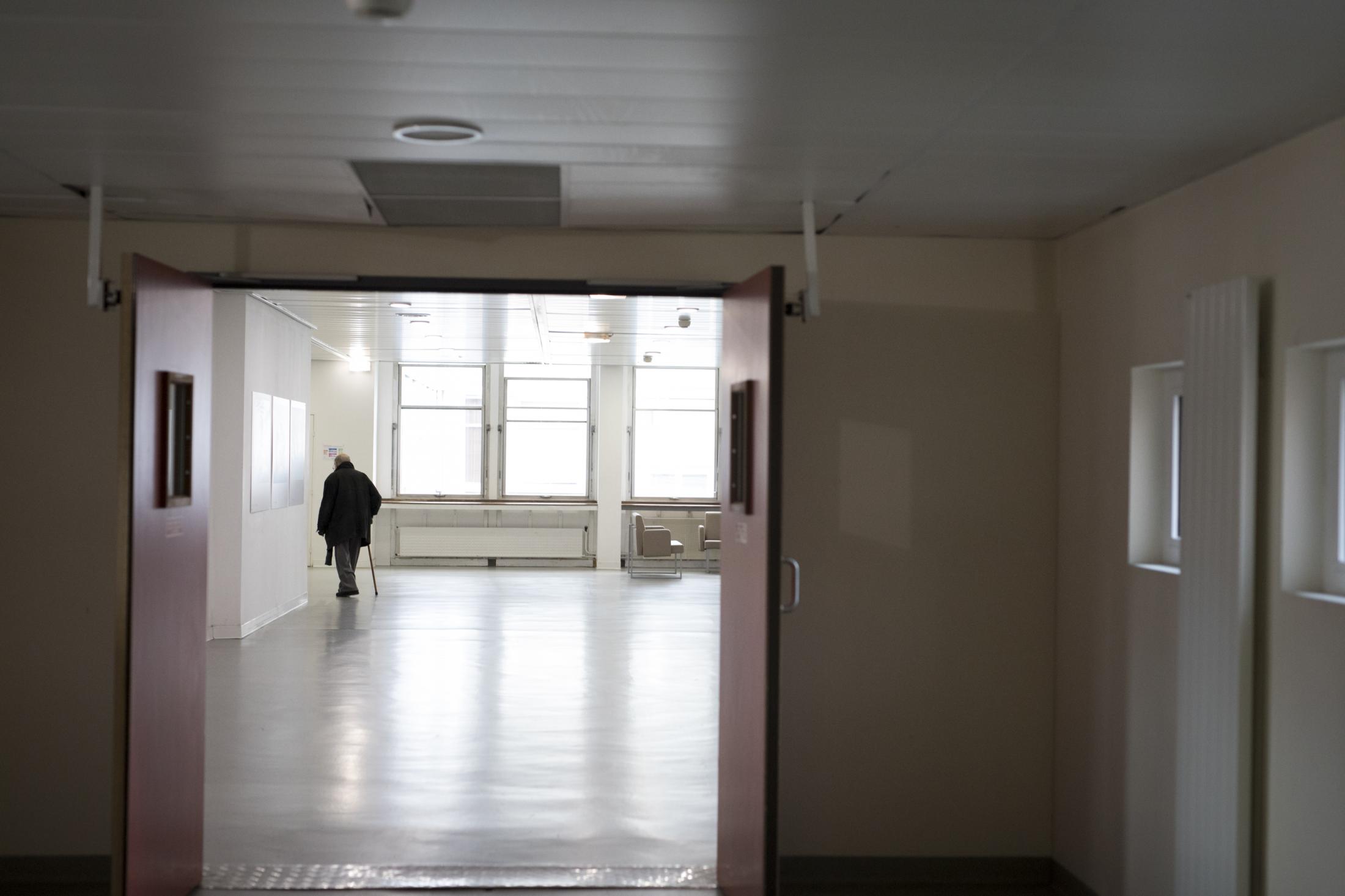 France’s vaunted public hospital system is increasingly stretched to its limits after years of cost cuts, and the interns at one of the country’s biggest hospitals say their internships are failing to prepare them as medical professionals. Instead, they’re being used to fill the gaps.

The movement isn’t directly linked to the retirement strikes convulsing France, but reflects a nationwide worry that public services are falling victim to global market pressures and an irrepressible French spirit of protest.

Photos and text by Daniel Cole. 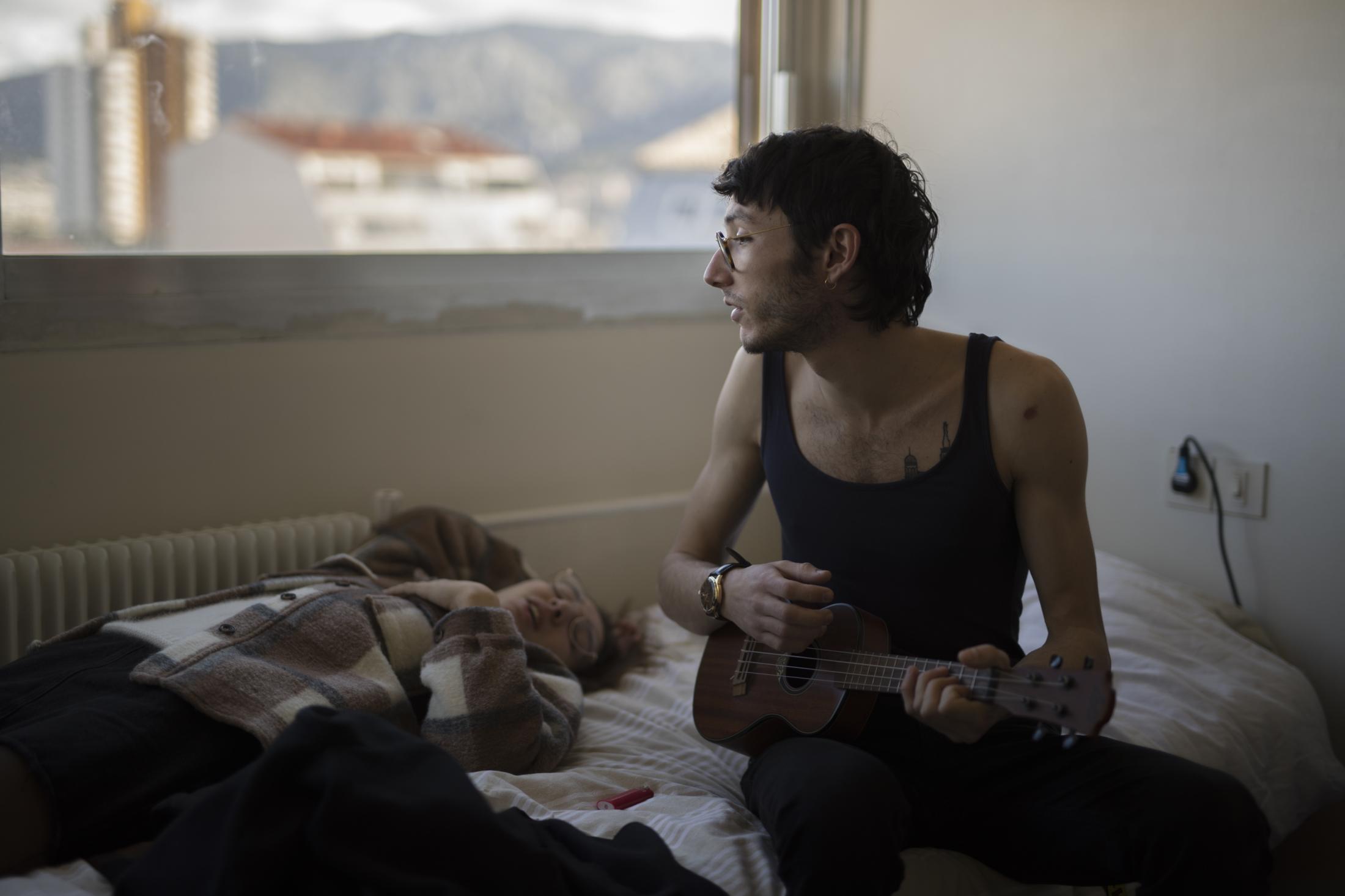 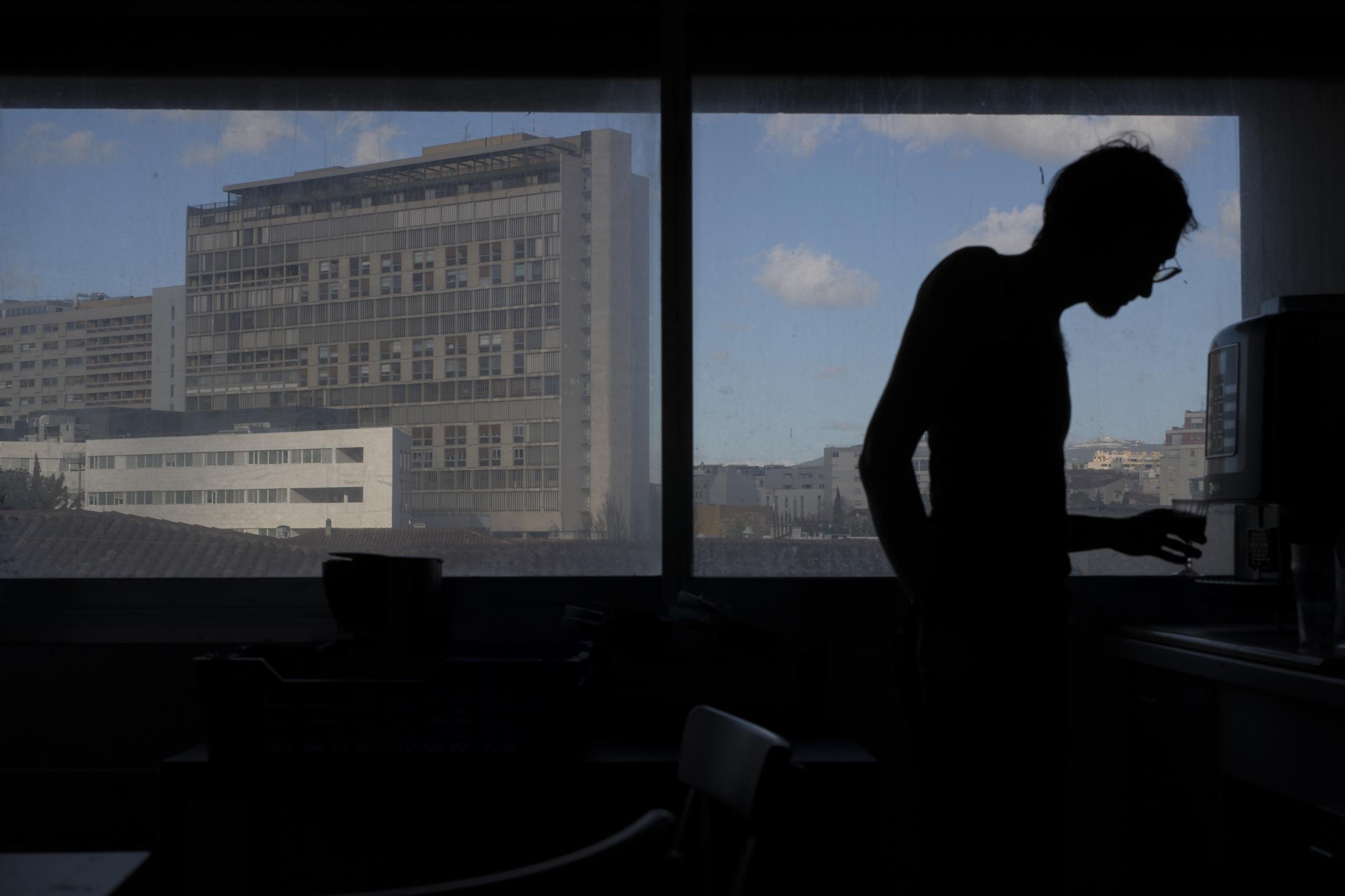 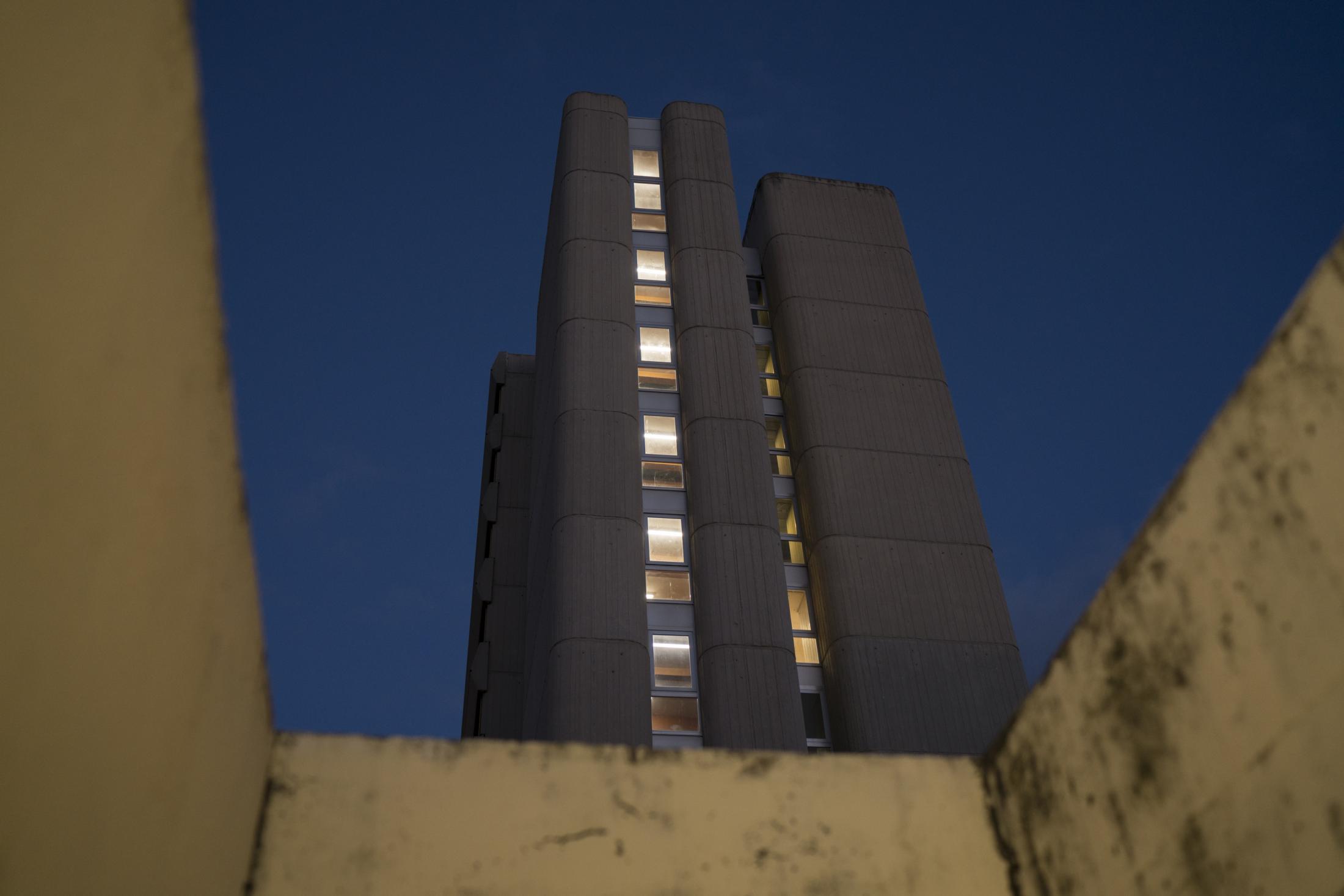 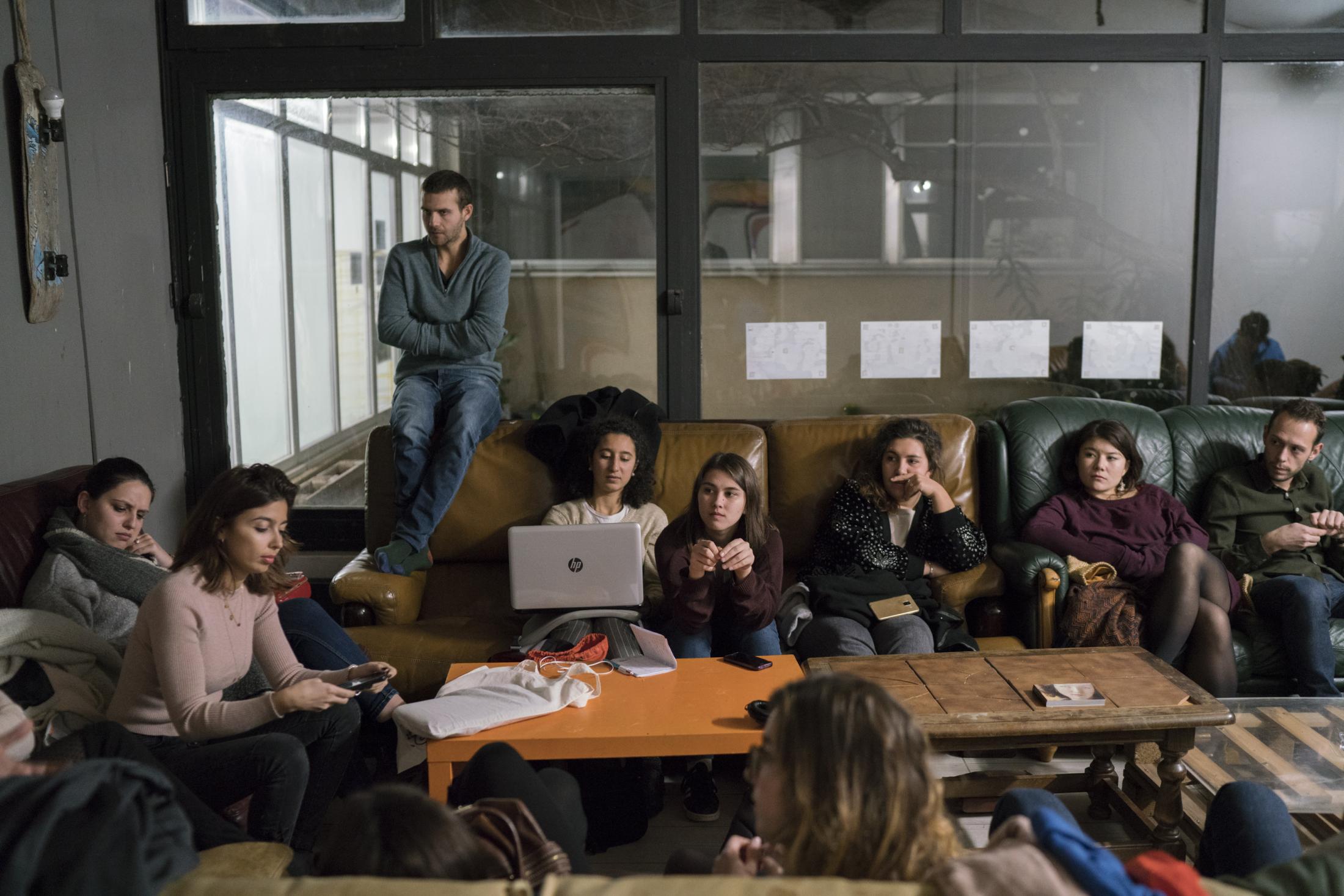 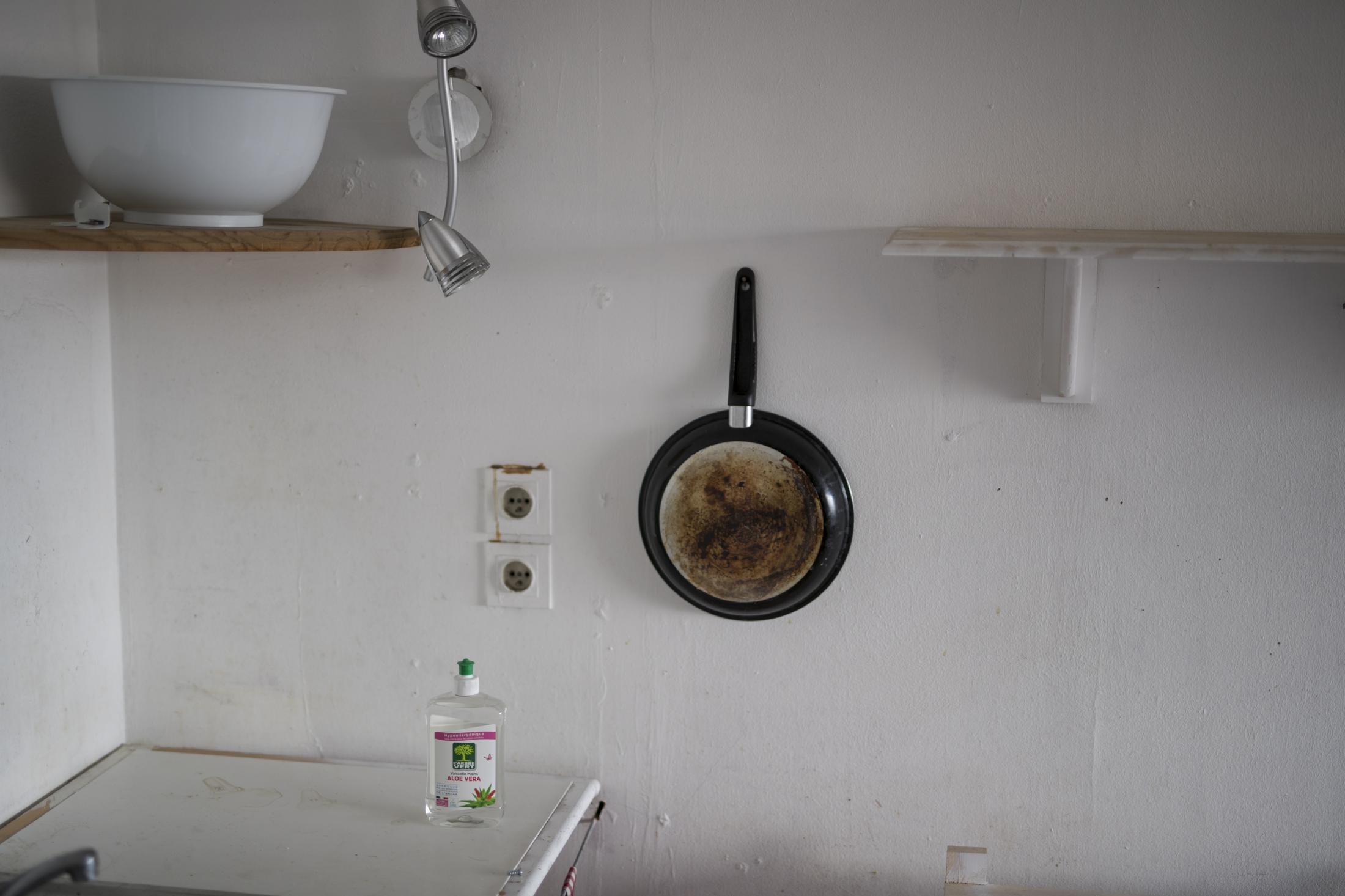 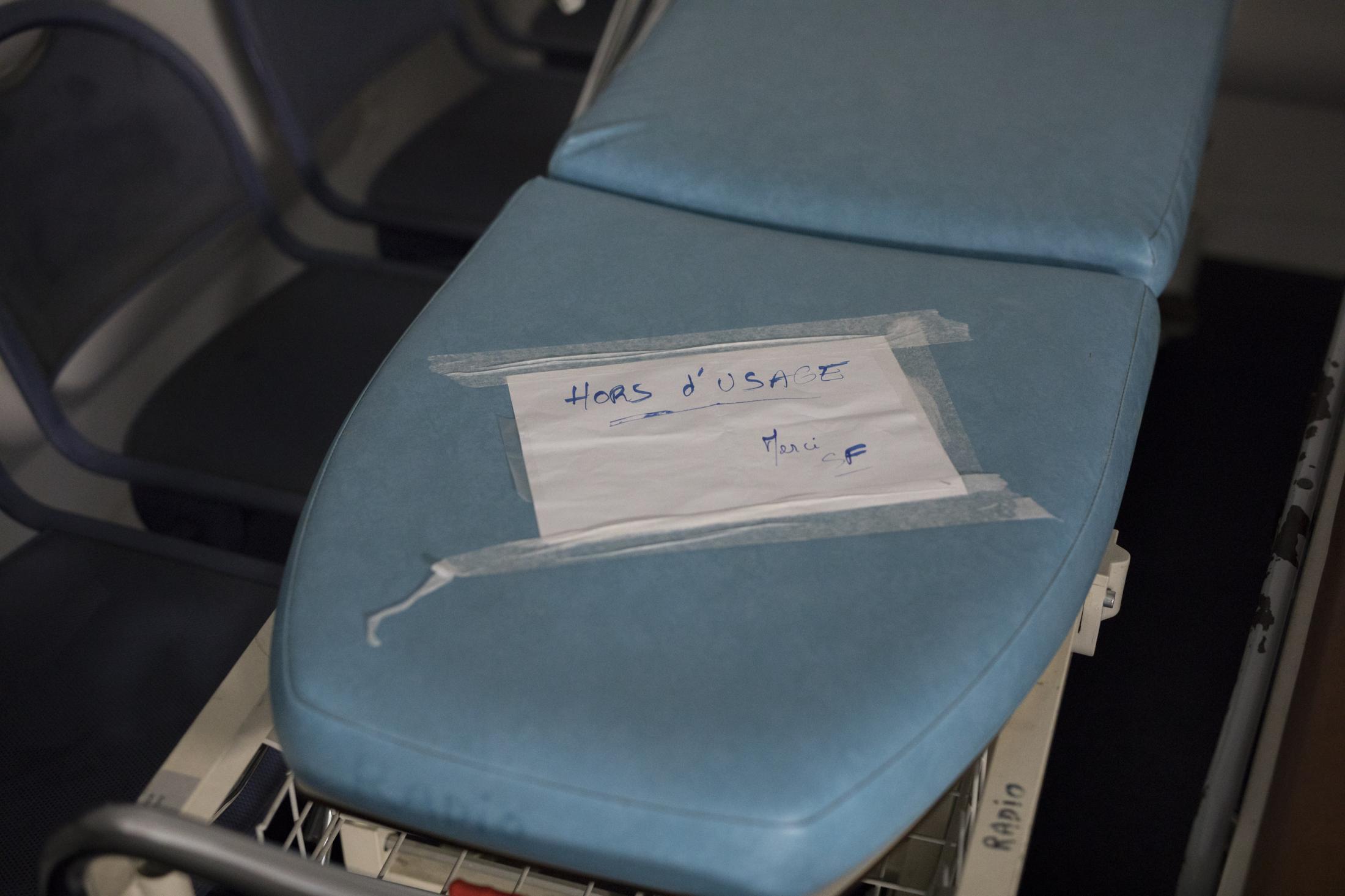 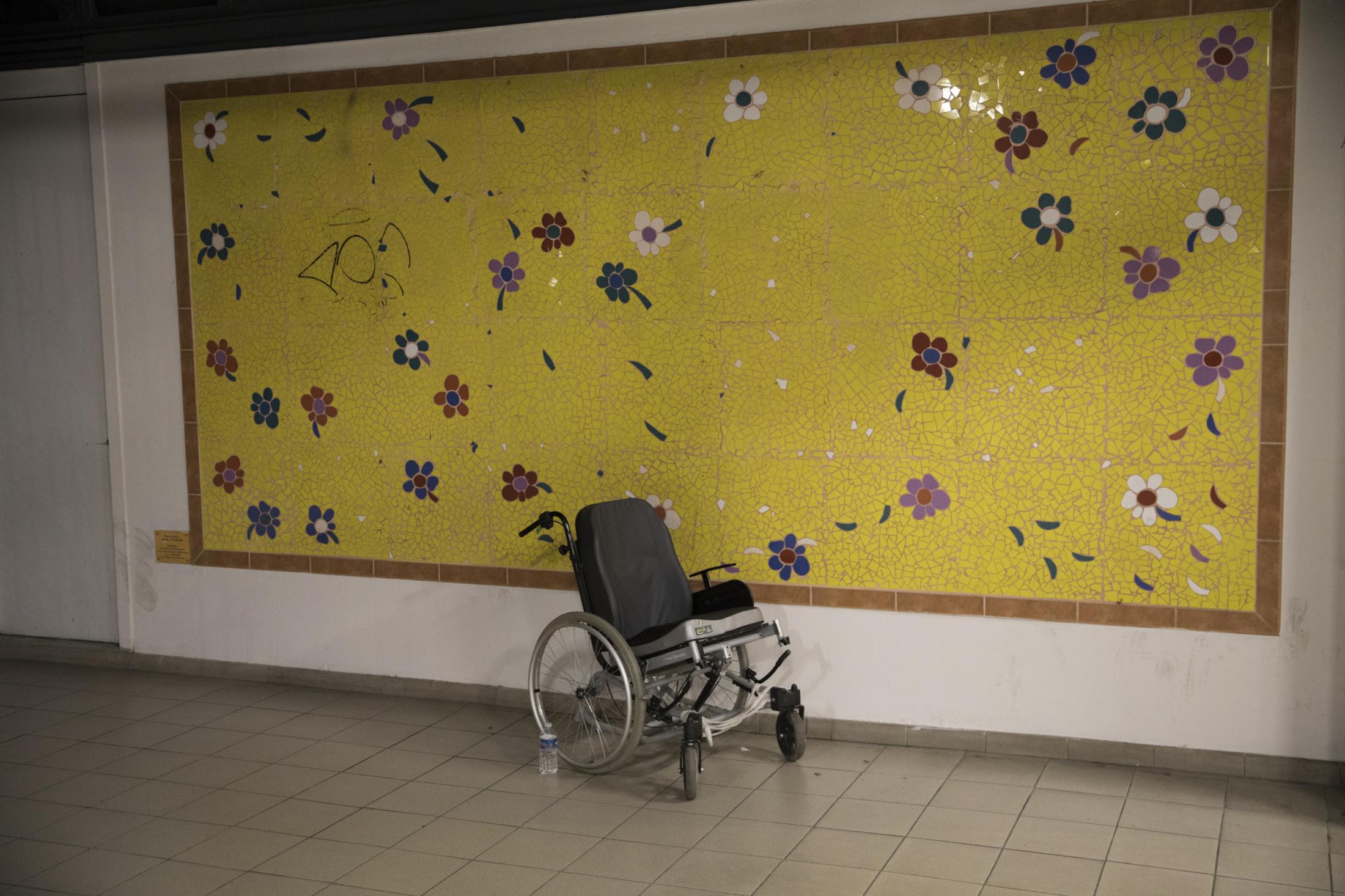 The intern union co-manages the building with the hospital management. Interns pay 50 Euros a month and a 20 Euro members fee to the Union to live in small cinderblock rooms with access to communal spaces such as the garden, gym, and kitchen.

The interns are torn between guilt at leaving their posts – and the patients – and a desperate determination to call attention to the precarious conditions at La Timone.

Strike-related disruptions have sent the hospital management scrambling to assign senior doctors to fulfil the roles of their absent apprentices. French hospitals are required by law to provide a minimum level of service even during strikes. 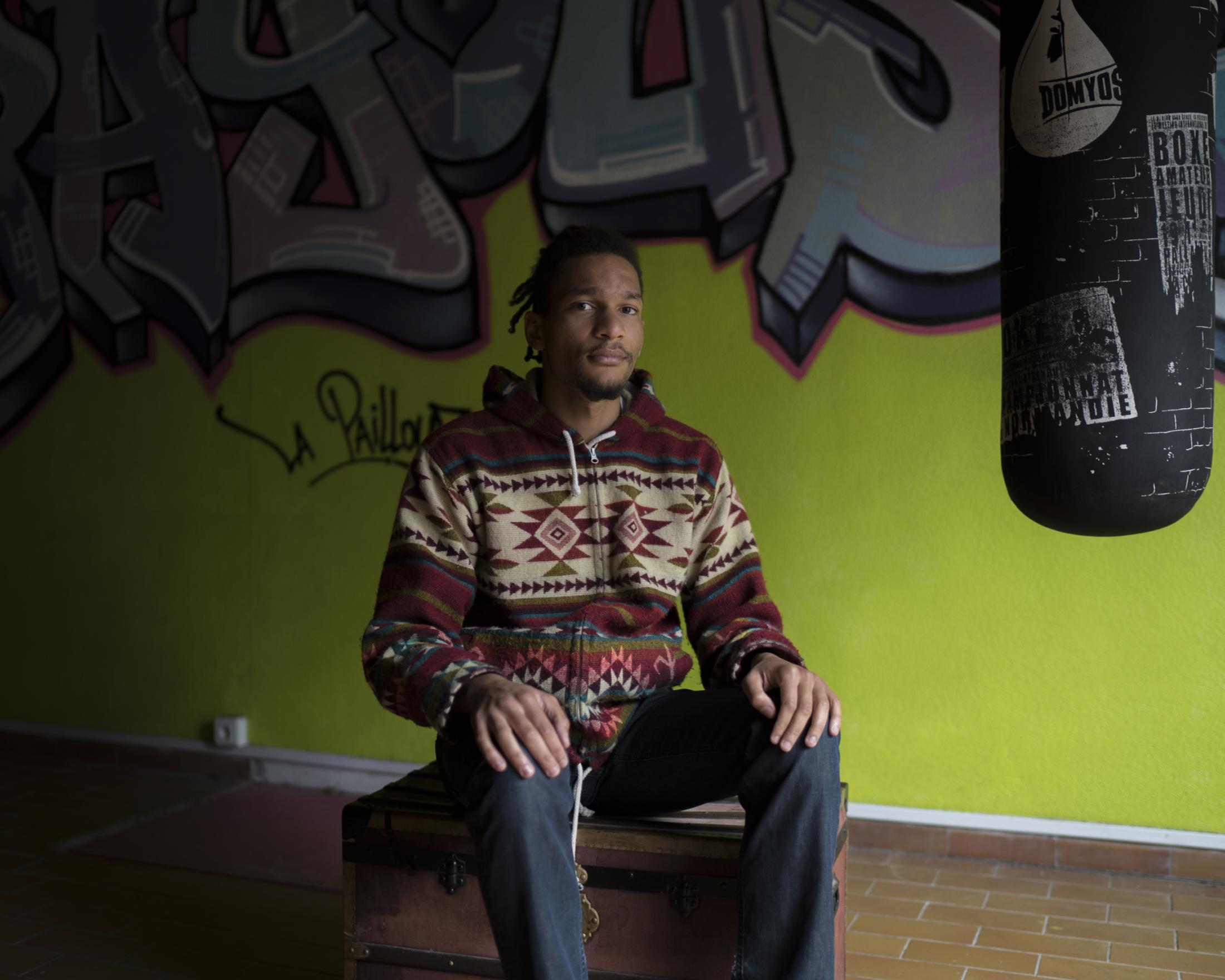 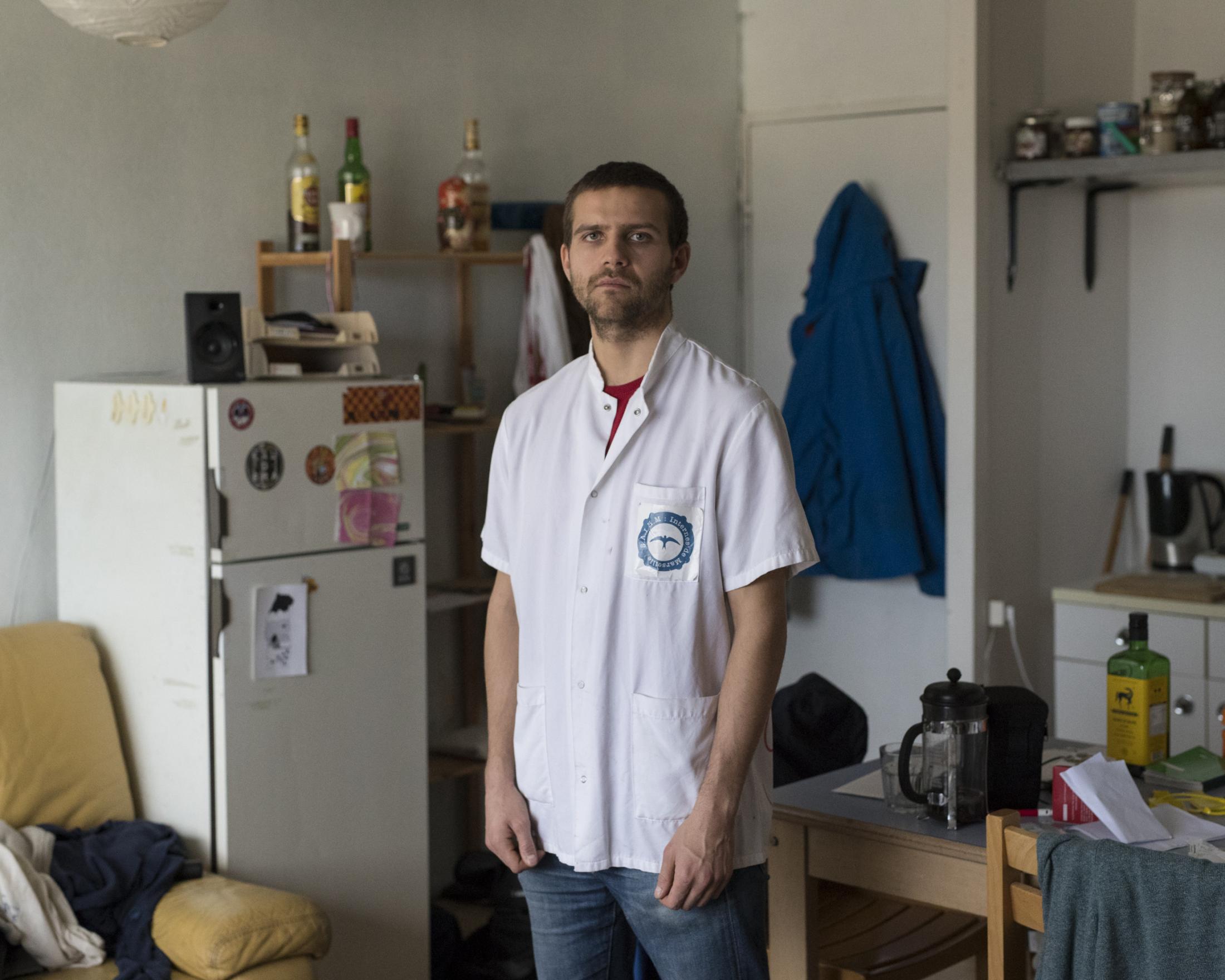 Hanging from lampposts in his scrubs, Charlety chanted slogans through a megaphone to his colleagues marching through the streets of Marseille as their strike began Dec. 10. Interns in white coats and blue hair nets waved signs made from brooms and hospital bed sheets found in their residence, tooted trumpets and banged drums. 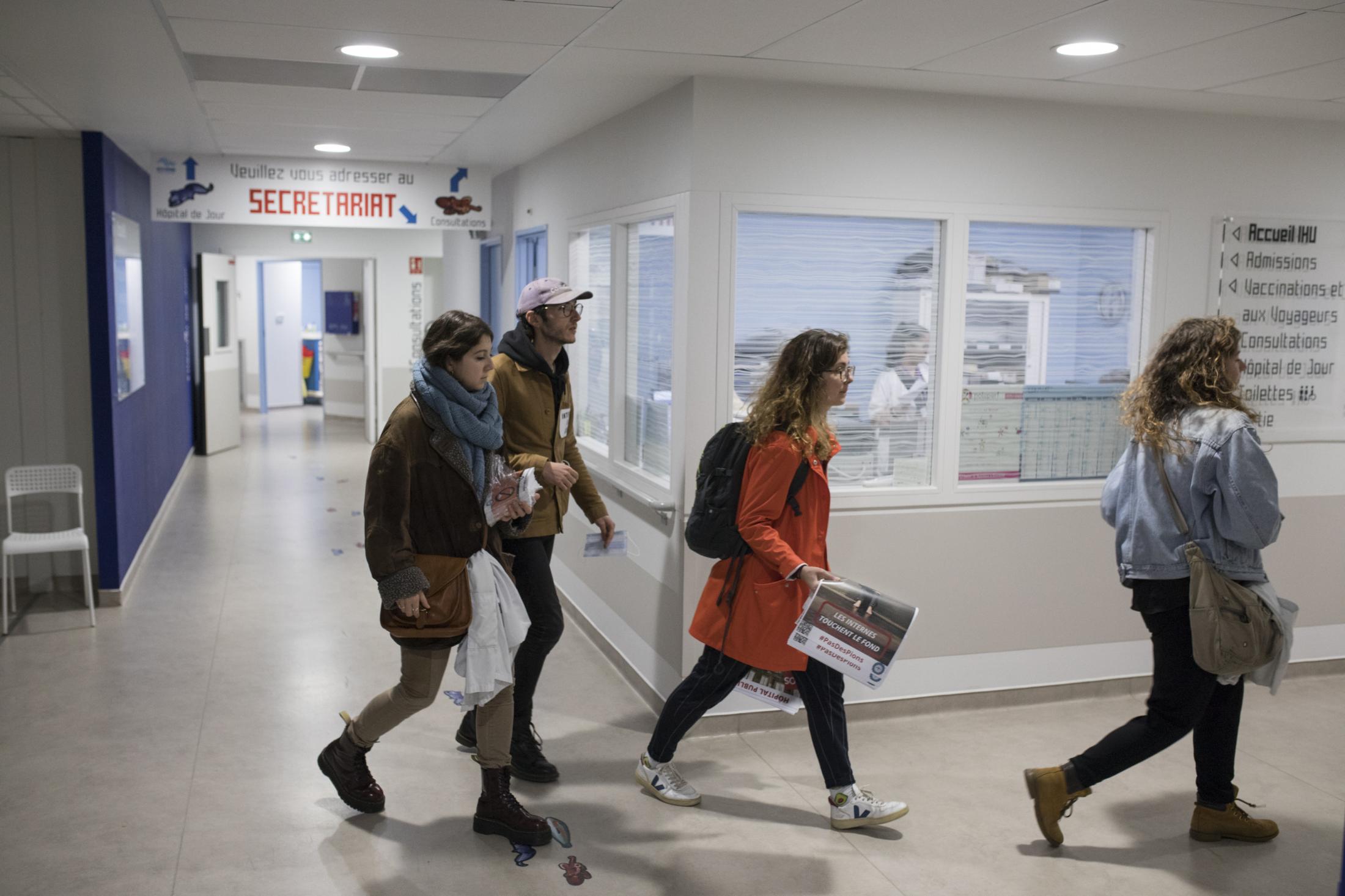 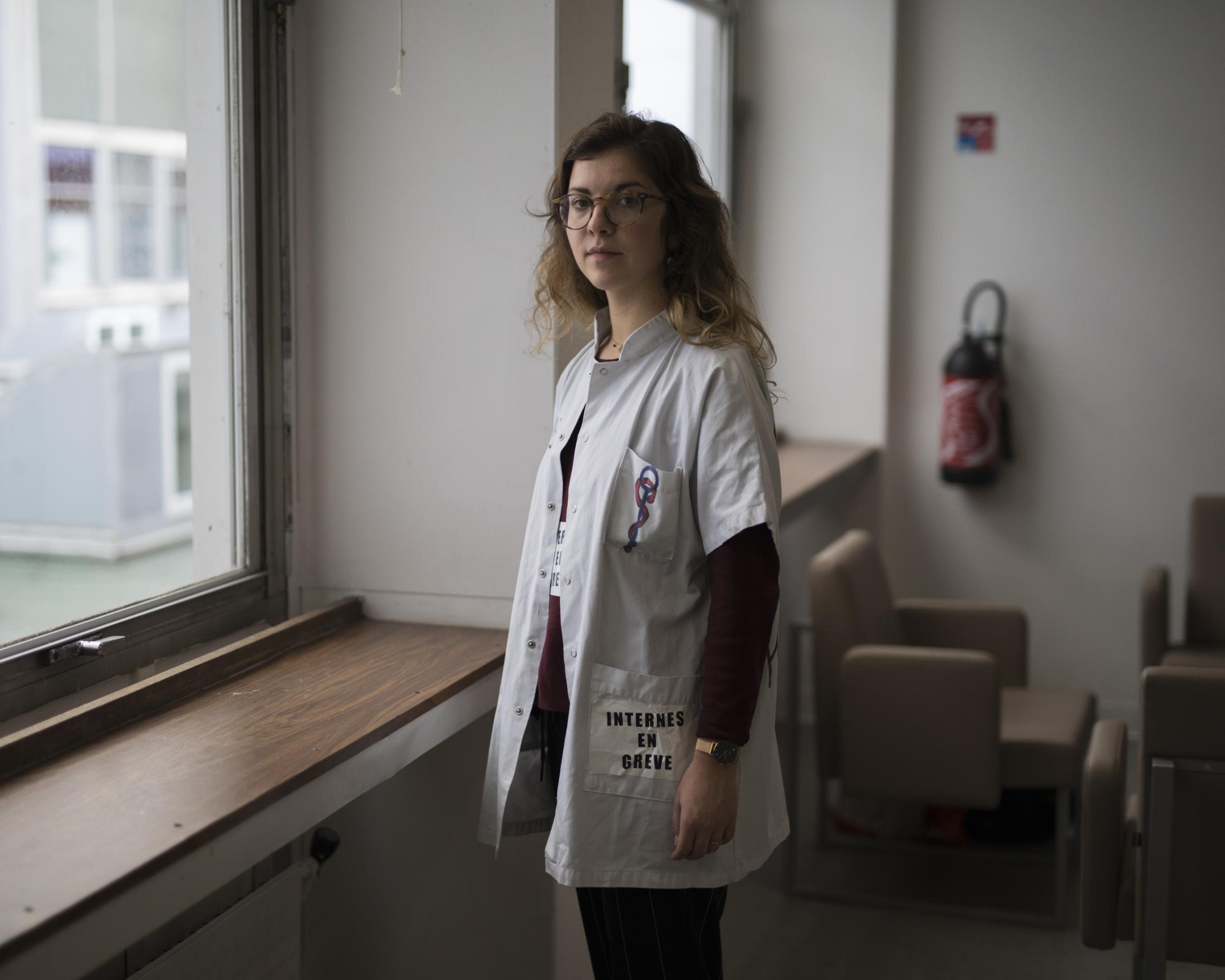 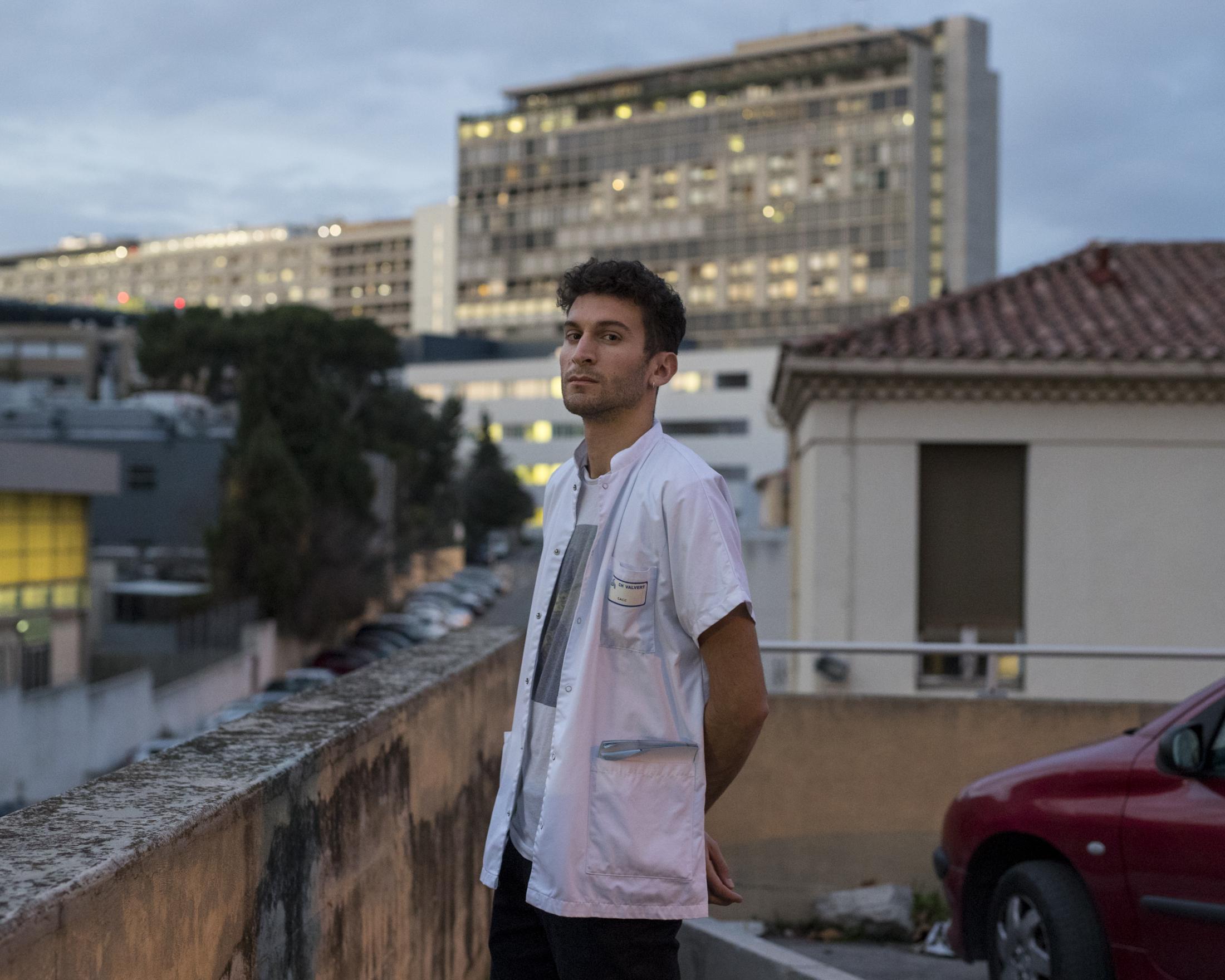 As late-stage medical students specializing in their respective departments, the interns are still learning but often work the same hours and conduct the same procedures as their fully qualified superiors.

In the past, interns would formally declare themselves on strike yet still go to work, not receiving pay for the hours they complete whilst declared on strike. Charlety called this form of protest “meaningless.” 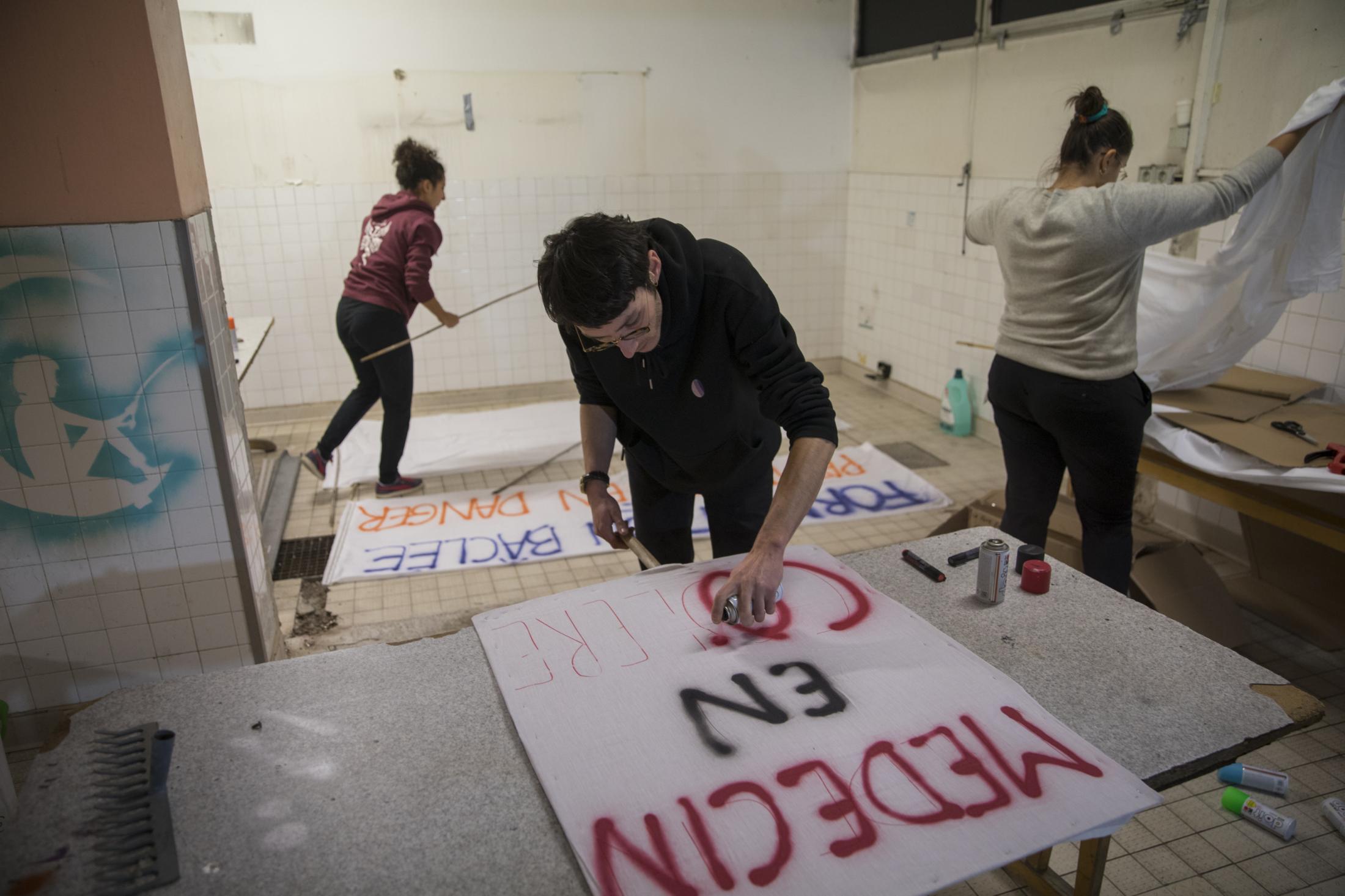 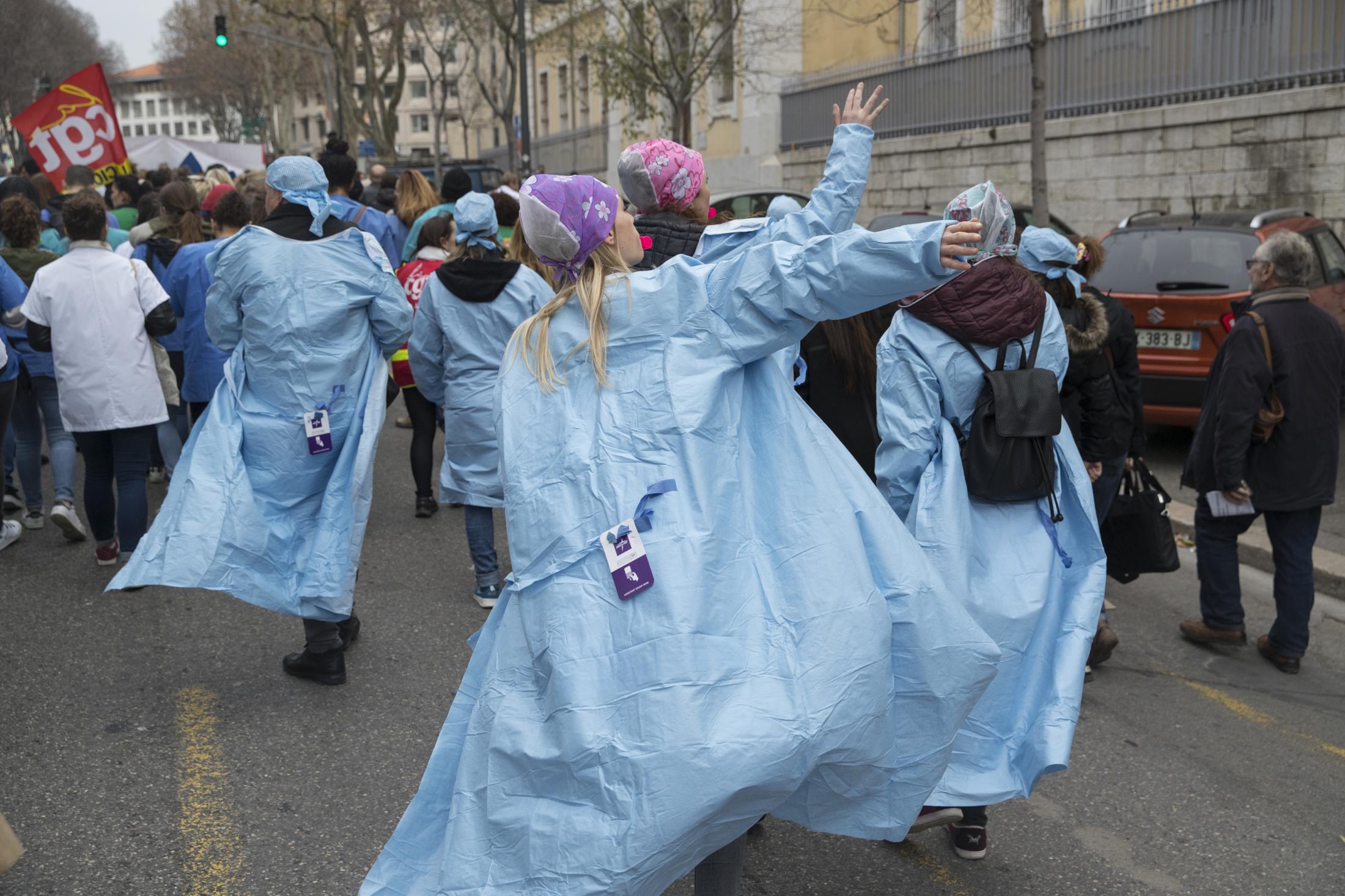 “It is a kind of shelter, when people around you start to talk about the strike and how things can change, it gives you strength” says Vincent Achour, a psychiatry intern.

After their union meetings, the interns gather together for dinner, usually leftover hospital meals, and enjoy an evening in the communal kitchen. Graffiti decorates walls around the brutalist, nine-floor high-rise, as do signs reading “Interns on str...

“They call us students, but when they need us, they call us doctors,” says Xavier Charleìty, a general medicine intern and an active member of the Autonomous Union for Interns of the Hospitals of Marseille. Hanging from lampposts in his ...

Pediatrics intern Smranda Deaconu says she will return to work the week before Christmas because she cannot bear to see the strain on her colleagues brought about by her absence. She also worries that her superiors will think she is striking just to have a ...

Visual journalist working across mediums with a focus on individuals and movements that claim rights beyond the scope of established laws. Currently based in Barcelona.